Tony received a not guilty jury verdict in Lower Kittitas County District Court for the criminal charge of reckless driving. A client was arrested when an officer alleged he was driving recklessly. The facts showed he was driving between 35 and 50 miles per hour and he used the middle lane to pass a car. The prosecutor refused to negotiate the case given his commercial driver's license, though the client was driving a regular vehicle at the time of the arrest.

The jury ultimately found no reckless conduct, though everyone admitted the driving was "bad" for the most part. This is a great example of why you need an attorney to work on your case - what might seem clear to the prosecutor may not be as clear to a jury. Had the client accepted the plea deal offered by the prosecutor, he would have lost his license.

Every case is different. There is never a guarantee regarding what could or will happen in court on your case. It is important that you hire an attorney to deal with your specific case and the facts surrounding your arrest.

Schedule a free consultation today to speak about your case. 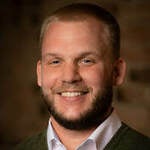 Tony Swartz is an experienced lawyer in Washington State. He has handled, most from start to finish, over 10,000 criminal cases. He has dealt with various types of civil cases, including administrative law hearings, Superior Court cases, District Court cases, and more.

Thank you for contacting the firm. Tony will get back to you shortly.

Please complete all required fields below.

Tony Swartz is a lawyer who practices criminal defense in Kittitas County and Yakima County. He also represents clients with speeding tickets and other infractions. Call today for a free consultation.

Tony has lived in Ellensburg since 2005, other than a brief break for law school. He attended CWU and Willamette University College of Law.